The first park to be developed on the City of Eau Claire’s near east side was Wilson Park.  Situated between South Farwell and Barstow at Emery, the site originally held the Eau Claire County Court House from 1861 to 1877 and has long served as a gathering spot for folks in Eau Claire.

The park has seen several fountains during its long history, the first built sometime in the 1890’s. Today’s fountain was installed in 1969.

The fountain currently in Wilson Park uses a self-circulating system and its pumps and pipes are buried below the structure.  In the fall of 2018, a segment of the pipe failed making it impossible for the fountain to work.  The exact location of the failure is unknown and locating and repairing it would involve removing some or the entire fountain.

Sadly, due to the nature of the pipe failure and its age attempting to repair the fountain is not a practical or cost-effective solution and it’s uncertain if the fountain could survive an attempted repair.

For nearly 120 years, a fountain has been a central feature of Wilson Park serving as a meeting spot for friends, a backdrop for wedding photos and family pictures, and a place for quiet contemplation.  That tradition will continue as we start a new chapter in the story of Wilson Park and the City welcomes your input in helping decide how the next water feature will look. 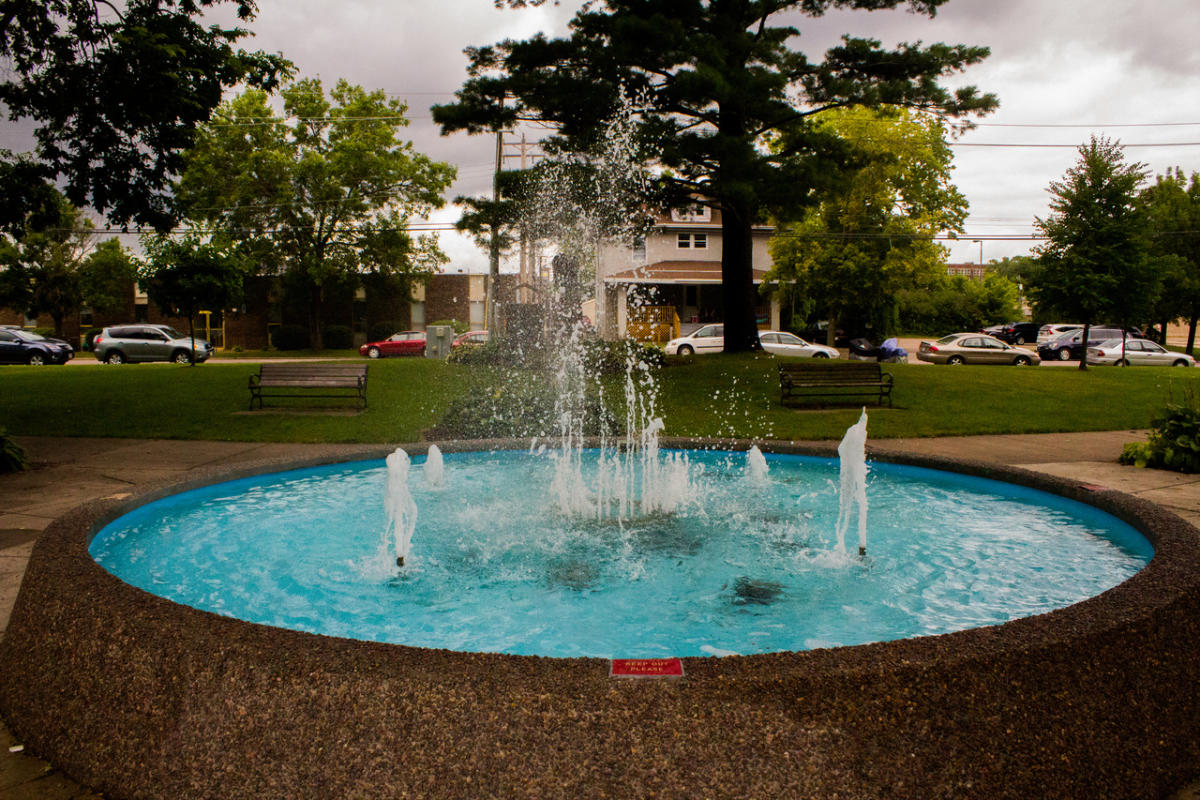 The City’s 2020-2024 Capital Improvement Plan includes funding for a new water feature in Wilson Park. During the coming months public workshops and online surveys will be used to select a final design. The goals of this design process are to celebrate the park and the existing fountain and to allow for residents to have a voice in the future of an historic community asset.

If you have any questions about this process please contact the City’s Parks Division at (715) 839-5039 or e-mail Josh Solinger at joshua.solinger@eauclairewi.gov.